Mercury Retrograde is the Tower… 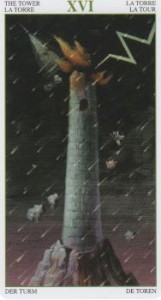